This is Scientific American's 60-second Science, I'm Eliene Augenbraun.
Our microbiomes—the tiny organisms that live on us and in us—can influence our health. And a recent study l﻿﻿﻿﻿﻿﻿﻿ooked at microbiome composition and diversity, depending on where and how we live, given the same latitude and climate across South America:
"We found, in a gradient of urbanization from jungle houses, huts of Amerindian people living traditional lifestyles, all the way to a modern city like Manaus, was differences in microbes from our houses and from our skin and differences in exposure to chemicals."
Microbiologist Maria Gloria Dominguez Bello from Rutgers University.
She and her colleagues collected samples from people, pets and spaces in homes like the kitchen, bathroom and bedrooms. They analyzed bacteria, fungi, parasites and chemicals. And they found two trends as you go from the rain forest to a farm to a town to the city of Manaus. With increasing population density:
"We are exposed to a higher diversity of fungi. We carry more diversity of fungi in our skin, but in our gut, we lose microbial diversity."
The study is in the journal Nature Microbiology. 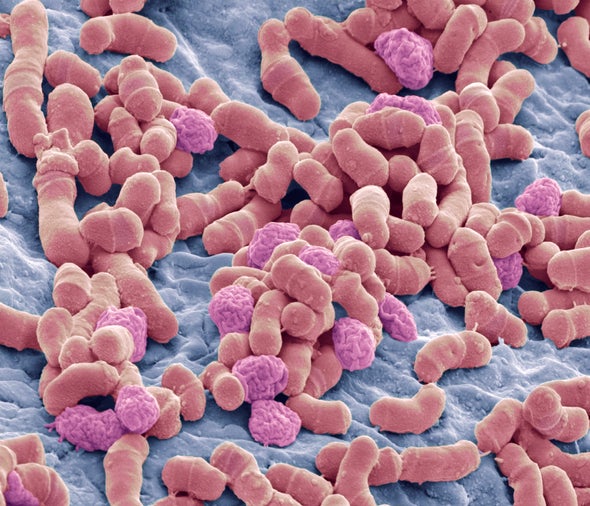 Urban homes use more chemical cleaners than do rural or rain forest homes. And they're more likely to be built out of synthetic materials. So city residents are burdened with more chemicals, including metabolites of cleaners, detergents and paints, in and on their bodies.
In addition, the microbes of urban dwellers are far more like each other than they are like the more healthful mix found in the rain forest. Dominguez Bello thinks one reason is that we are too isolated from natural landscapes.
"We have grown, culturally, very anti-dirt. We call dirt 'dirt' and, you know—we call the soil 'dirt,' and that already has a connotation of undesirable."
Perhaps city living could be a bit healthier with fewer chemicals from cleansers and more microbes from what gets cleaned.
For Scientific American's 60-second Science. I'm Eliene Augenbraun.