If the medicine doesn't kill all the bacteria the infection returns and more antibiotics are prescribed,

doctors are concerned about the overuse of drugs, but don't see many alternatives.

The most common bacterial cause of ear infections.

And that's the one that's showing more signs of not responding.

It's gonna take a while for the fluid that's behind the drum to resolve or go away right.

So with the way his eardrums are looking, I think we ought to put them on a preventative antibiotics.

We'll just do that for at least four to six weeks.

Antibiotics are also widely prescribed, even when they won't help.

Each year many needless prescriptions are written for colds which are caused by viruses.

The sheer tonnage of antibiotics that is used in the world every year,

I think contributes to the problem of resistant bacteria in the community,

During the 1950s, animals started getting antibiotics too. 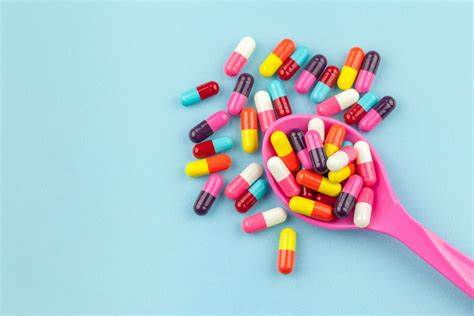 The drugs not only curb disease, but for reasons still not understood.

Today, half of all antibiotics used in the United States are used in animal feed.

This little piggy will be fed penicillin and tetracycline before it goes to market.

Even if you're a vegetarian, you get a dose.

Antibiotics are also sprayed on fruits and vegetables.

I can't think of a microbiologist that would say that the wide application of antibiotics will do anything but like for antibiotic resistant organisms.

And so that's a consequence.

If their economic reasons for doing it, that maybe what the public wants but they also have to pay the consequences,

which will be that those antibiotics may not be useful in the treatment of diseases at some time in the fairly near future.

The lab has reported back to us on the second sample.

It showed to be very resistant to the antibiotic he was on.